There are some people who do not see a moral problem with either euthanasia, aka assisted suicide, or suicide. Then there are people who do everything to discourage the latter. Yet in both cases people are in pain, or desire the alternative to dying in pain or in an unpredictable way, and want to end that pain. Whether they are terminally ill and want to end their lives while they are not yet suffering, dying in pain, or emotionally distraught does not make their desire for control over how they die any less legitimate. And the people who discourage suicide not only promote some harmful beliefs and practices about suicide itself, but try to shame the person attempting suicide.

“The harms of suicide come from the following sources:1. The suicide prohibition (such as the perception of suicide as “tragic,” when we should be supporting it).2. A sense of entitlement (that is to say, the absurd belief that we are owed this person’s company and support).3. The arrogant belief that we “know better” (as when we evaluate someone’s life as being worth living, when they themselves do not).”

“Why anti-suicide laws hurt society as a whole.

1. People who attempt suicide and fail are often imprisoned in a hospital as a result.
2. People who attempt suicide are forcibly “rescued” and brought back to life against their will, if possible – sometimes to a state of very low quality of life, such as akinetic mutism.
3. Those who express a desire to commit suicide are often imprisoned in a hospital as a result; this process is much more humiliating and degrading than outsiders might realize.
4. The drug prohibition (drug war) means that barbiturates are unavailable – barbiturates being the only means of suicide considered humane enough to be used in states that allow physician-assisted suicide for terminally ill people.
5. Helping another person to commit suicide is prosecuted as a crime in all but the most limited situations in the few states that allow physician-assisted suicide. Suicide is the only act that is not itself a crime, but which assisting another person to commit is a crime.”

“The cowardice propaganda, I think, is especially pushed. There is a strong correlation, I think, between this propaganda and the objection that antinatalism puts us on the “losing team”; again there is this belief in life as a sports game and longevity as the points, and if you kill yourself you’re running away from the field because you just can’t take the heat.

As for “choosing life,” they don’t really want you to “choose.” An actual choice would require viable options, but to my opponents there’s only one viable option, and that’s staying alive at all costs.”
— Is there a right to die?

“People say suicide is selfish. I think it’s selfish to ask people to continue living painful and miserable lives, just so you possibly won’t feel sad for a week or two. Suicide may be a permanent solution to a temporary problem, but it’s also a permanent solution to a ~23 year-old problem that grows more intense and overwhelming every day.”
— Bill Zeller’s suicide letter

“I wish we could agree to stop using the “suicide is selfish” trope. A person suffering from the sort of clinical depression or other mental illness that drives a suicide attempt already has a tape running in her head, on a continuous loop, that says “YOU ARE SELFISH WORTHLESS BAD AND UGLY. YOU HURT EVERYONE WHO LOVES YOU AND DISAPPOINT EVERYONE WHO TRIES TO HELP YOU. DO THEM A FAVOR AND TAKE YOURSELF OUT.”

While we’re at it, let’s also strike the word “cowardly” from discussions of suicide. It’s used with naïve suicide-prevention intent – to somehow goad people into staying alive to prove they’re not chickenshit. There are many words to describe the suicide’s state of mind, but “cowardly” isn’t one I’d choose for someone brave enough to put a pistol in their mouth and shoot.”

“The consequences of the medicalisation of suicide, and the politics that sustains it, are serious and often harmful. Perhaps the greatest tragedy is that once we accept that suicide is caused by some notional “mental illness”, we fail to look more deeply into what is really happening for that individual that is leading them to consider suicide. Furthermore, by inappropriately blaming a faulty brain, the medicalisation of suicide locates the pathology within the individual, rather than in their environment.

Suicide and self-harm, however, are no longer illegal in most countries. From a legal perspective, this makes them very different to behaviour that threatens other people. The problem that arises with self-harm is how does society judge when it is reasonable to intervene and what kinds of interventions are acceptable, which we’ll look at later. For instance, lots of people do lots of dangerous, risky things, like riding motorcycles or hang-gliding. No, of course we don’t intervene to protect people from these follies. What about unprotected sex? Or excessive drug or alcohol use (including tobacco)? What makes the risk of self-harm sufficiently dangerous to justify the state intervening and depriving a person of some quite fundamental human rights? It is very murky and arbitrary territory when society tries to make such judgements. So much so that most of the time people are allowed to, entitled to, take substantial risks. Which is as it should be.

Unless you are deemed to have a mental illness, that is. Then, everything changes. All the old rules no longer apply. And mental health laws are created. Society needs some sort of justification, some rationale, if it is to intervene in ways that deprive people of their basic rights – i.e. in ways that would otherwise be illegal. And society calls upon the medical profession to provide that rationale. If the risky behaviour can be attributed to a medical condition then society can intervene thinking that it is compassionate to do so…

The problem that arises here, along with the politics, is that the medical justifications do not stand up to scrutiny. As discussed above, suicide (and suicidal behaviour) is rarely, if ever, caused by a medical condition.At the heart of mental health laws is a fiction. It is a convenient fiction for those who want to contain and control people society finds disturbing, but it is a mischievous fiction when it does this by artificially labelling these people as “mentally ill”. And it becomes a dangerous fiction when it then also becomes the justification for imposing medical treatments on these people without their consent.

The second great conflation found in mental health laws is that little distinction is made between detention and treatment. A proper human rights analysis would make a very clear distinction between the right to liberty and the right to refuse unwanted medical treatment. Both are serious, fundamental rights. But they are different. The best description I’ve heard of this difference is that detention controls where you are, but forced psychiatric treatment controls who you are. I heard this from Mary O’Hagan, a psychiatric survivor and former Commissioner at New Zealand’s Mental Health Commission. And Mary, like many psychiatric survivors, regards forced psychiatric treatment as the more severe intrusion on her human rights or, in her words, “I’d rather be tied to a tree than be forced to take neuroleptic drugs”.

With mental health laws based on the fiction of “mental illness”, detention and forced treatment usually come as a package…

Then there is the evidence of a mountain of personal testimonials thatmany people experience psychiatric force as an assault. Some call it torture and demonstrate that it meets the criteria for all the recognised definitions of torture. Others liken it to rape.What is certain is that, in legal terms, psychiatric force would be an illegal assault but for the protection of mental health laws. This mountain of first-person evidence, however, is easily dismissed by the prejudices against first-person knowledge, especially when it is the knowledge of people labelled as mentally ill. The politics of first-person knowledge intersects here with the politics of human rights.

Following the first-person evidence, there is the common sense argument that assaulting someone who is already distressed, perhaps to the point of contemplating suicide, is not a helpful response. On the contrary, it can often be very harmful. I have not yet found anyone who can explain to me how assaulting a suicidal person is meant to help them. On the other hand, such an assault can push someone over the edge. For many suicidal people, the psychiatric ward is often the last straw, the last hope, that we might grasp for at the end of a long and difficult road. But instead of finding help and hope, we are assaulted. It is hardly surprising that for many this truly is the last straw. Psychiatric force is sometimes the final nudge to a suicide attempt, indeed it can trigger suicidal feelings in a person with no history of suicidality. Or, as I’ve heard it said, “I’d never been suicidal until I got to the psych ward”.
[…]

Along with deaths that are directly attributable to mental health laws due to the violence they permit, there are other serious consequences of these laws. First of all, and its remarkable that this never gets stated, these laws are the primary source of the so-called stigma of mental illness, which is more correctly called the discrimination against people labelled as “mentally ill”. These laws make second class citizens of us when they deny us the right to liberty and the rights over our own bodies. All the other sources of stigma/discrimination pale in comparison so that all the “stigma busting” campaigns are a pathetic joke if they do not address this primary source.

But perhaps the most tragic consequence of these laws is that they cause many people to actively avoid the very mental health services that are supposed to be there to help them. The standard message for suicidal people is to seek professional help, but many people, especially those with previous experience of mental health services, think that the risks associated with professional help are too great. It is altogether possible that our mental health laws contribute to, rather than reduce, the suicide toll.”

— David Webb, The Politics of Suicide 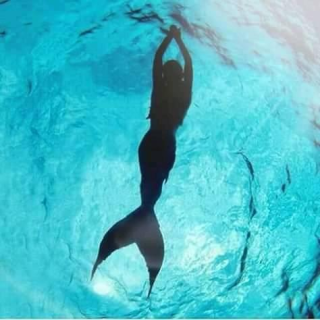